.. this elixir, i mean : THE COMPLETE STORIES OF LEONORA CARRINGTON, which came highly recommended from Erin Lyndal Martin, hey !
Grace Ella Hammond
Where Rocking-Horse People Eat Carmelite Nuns ..
"Your daughter, Madam, said, 'Isn't it enough that the world is full of ugly human beings without making copies of them?' then she took the doll by the legs and broke her head against a rock." 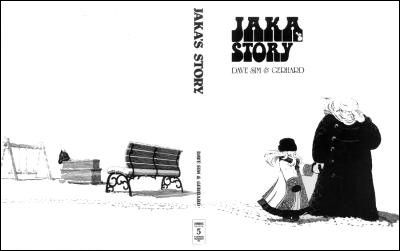 (Who is the gaucho, amigo?)
his name is Ambrose (nobody can see what a Wolf-man shoots).

" Shmoos, introduced in 1948, were fabulous creatures that bred exponentially, consumed nothing, and eagerly provided everything that humankind could wish for. Besides producing both milk (bottled, grade A) and eggs (neatly packaged), they tasted like pork when roasted, chicken when fried, and steak when broiled. Ironically, the shmoo's generous nature and incredible usefulness made it a threat to capitalism, to western society and perhaps to civilization itself .."

WE CAN MAKE EACH OTHER HALF-HAPPY!
"They jumped into the fire and ascended in smoke through the shaft in the roof to join the Evening Star. Juan-Mari, they were one whole being. They will return again to Earth, one Being called Quetzalcoatl."

"The Happy Corpse Story" is a tale of Love, of young longing.

"How to Start a Pharmaceuticals Business" : *peak* media ecology that is well-nigh Butlerian in its informations !

The Fourth (back) Way
This was her reply: To be one human creature is to be a legion of mannequins. These mannequins can become animated according to the choice of the individual creature. He or she may have as many mannequins as they please. When the creature steps into the mannequin he immediately believes it to be real and alive and as long as he believes this he is trapped inside the dead image, which moves in ever-increasing circles away from Great Nature. Every individual gives names to his mannequins and nearly all these names begin with "I am" and are followed by a long stream of lies ..